END_OF_DOCUMENT_TOKEN_TO_BE_REPLACED

The Hungarian Competition Authority (GVH) has imposed a significant fine totalling HUF 892 million on the operator of the Alza.hu webshop and its Czech parent undertaking for engaging in unfair advertising in relation to Black Friday promotions. Through the imposition of such a significant fine the aim of the competition authority is to reduce the amount of misleading advertisements that appear on online marketplaces as well during promotional periods, which have become popular in Hungary, too, so that consumers have the opportunity to choose from real discounts. 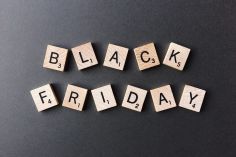 The competition authority investigated Alza’s advertising campaigns for Black Friday, which were announced a total of six times between January 2018 and February 2019. The web store promised consumers large discounts of “up to 80%” during promotional periods in its advertisements that appeared on television, radio, online, and in newspaper ads and newsletters. Nevertheless, the authority's investigation revealed the following:

The GVH imposed a competition supervision fine of HUF 862 million for the undertaking’s misleading advertising, based on the revenue generated from advertising campaigns.

“According to the Competition Council's reasoning, in determining the amount of the fine it was an aggravating circumstance that the expectations regarding the indication of price discounts were clear in the case law. Nevertheless, the undertaking continued to use the slogan "up to 80%" even after the initiation of the proceeding. " - said Csaba Balázs Rigó, President of the Hungarian Competition Authority.

The authority also imposed an additional HUF 30 million procedural fine on the undertaking and its Czech parent undertaking for providing incomplete and contradictory cost data in relation to the concerned campaigns during the administrative procedure.

In addition to the fine, the undertaking undertook to introduce a corporate compliance programme to prevent future infringements and to prove its implementation to the competition authority.

During the Black Friday promotions, which have been well established in Hungary for about ten years, the promise of significant savings in particular strongly influences consumer decisions. The GVH has previously imposed fines on several occasions for “Black Friday” and Advent weekend promotions that mislead consumers.